Coca-Cola is one of the most successful companies in the world. Not only are they the main brand in soft drinks, but Coca-Cola is also accountable for a range of brands that includes MyCoke, Fanta, Sprite, 5 Alive, Schweppes, Powerade and Dr Pepper.

So, let’s look at 10 successful digital marketing campaign from Coca-Cola. Of course I am putting my personal favorite first.

Probably this was Coca-Cola’s most interesting digital campaign so far. Share a coke was such an uncomplicated idea, yet the response was astonishing and it has been running for about 2 years. In 2011 the increase in sales with this campaign was about 7%, but media impressions earned more than 18 million and traffic on the Coca-Cola Facebook page increased by 870%. This digital campaign allows people order personalized Coca-Cola bottles and in some countries the labeling has completely changes, with various names on the bottles.

Despite the boring name, this digital marketing campaign turned out to be very successful. This Coca-Cola vending machine literally dishes out drinks, pizza, flowers and sandwiches. What really awesome about this machine is the fact that some of the machines require a certain action to earn your reward. Like the one in Singapore that requires a hug or the one in Belgium where you have to dance in order to get your reward.

This was a reward program from Coca-Cola that launched in 2008; their aim was to arrest customer flair and to motive them to engage and help with global CRM efforts. The key was an email and SMS program that sent personalized offers and rewards—this was triggered by things like birthdays, re-activations and referrals. The results for the digital marketing campaign from Coca-Cola were very impressive.

4. King of the recycle

Coca-Cola wanted to motive people in Israel to recycle, so they created Facebook places for 10 000 recycle bins around the country. People were urged to check in and take pics as they recycled their bottles. Not only did people want to start recycle, but it also gave Coca-Cola a dedicated company name!

Another digital marketing campaign form Coca-Cola in 2012 was the Super Bowl campaign that involved 2 polar bears who reacted to events on the field in real time. People were enabled to interact with the polar bears. This was done via Facebook or Twitter and when the bears responded, they pulled out a smartphone to tweet.

For the festive season in 2011 Coca-Cola made people feel incredibly special, when they gave them a chance to have their tweets displayed on its enormous neon sign in Piccadilly Circus. People were requested to send their messages through Coke zone and they were then able to see it live on the billboard.

In China people were asked to take part in Coca-Cola’s digital marketing campaign called ‘Friendship experiment’. The photographer they used was Kurt Tang, who asked people to take part in a moment of connection, while touring Guangzhou.

This was one of Coca-Cola’s newest digital marketing campaign that involved a number of online games aimed at teens. Their idea behind this was to come up with fun digital games that were aimed at mobile users. This is said to be Coca-Cola’s first All-Digital campaign and they anticipate that it will be on-going for a number of years. 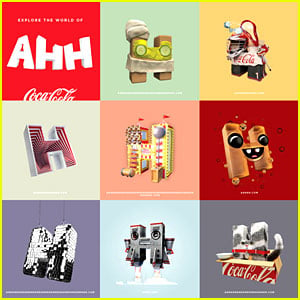 For the 2012 Olympics, Coca-Cola decided to reach out to teens by taking advantage of the social values of the Olympics. This digital marketing campaign was called ‘Move to the beat’, where the whole world was seen getting together for this specific event. They used 5 Olympic hopefuls and used their sport sounds to create a song.

There you have it…Coca-Cola’s top 10 digital marketing campaigns. Leave your comments and let me know which one is your favorite.