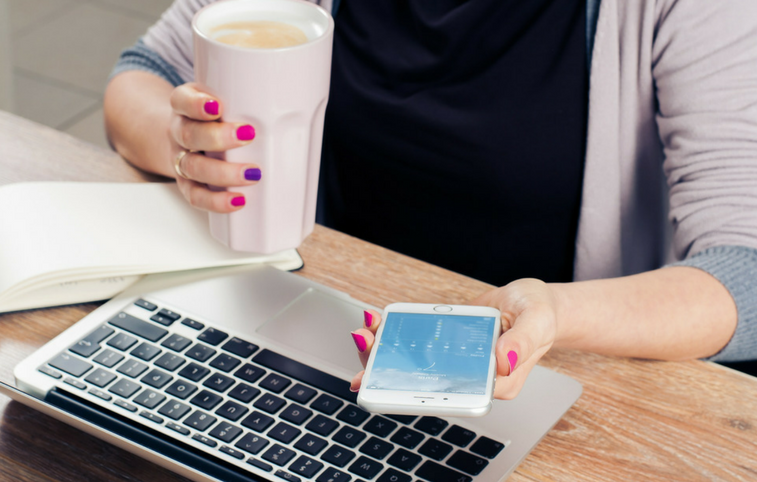 In case you have been living under a rock (not even a terrestrial rock, one that’s on the moon) for the past 10+ years, you should have noticed that the SaaS industry has been exploding at a breakneck pace. SaaS is the new Facebook, the new reality TV shows…

You are also reading a blog on one of the leading SaaS marketing company’s website, so if you aren’t in the industry yourself, um, welcome to our blog? Otherwise, you are either planning to start your own SaaS company or have started working for one, curious as to what the SaaS industry winners did and how you can apply their success to your own endeavor. Each SaaS success story has a common denominator: they filled a technology niche in a human way. Whether it is providing an in-demand service at a better price point than competitors, or servicing a market that was unaware it was in need of a new service, each of these successful companies did something that differentiated them from the other guys that customers didn’t just appreciate, but were thirsty for. These companies, startups in a cut-throat industry, built a reputation as trustworthy, capable achievers, while generating the feeling that customers are dealing with real people.

“A good reputation is more valuable than money.”

For the sake of writing a blog post that is interesting but relevant at the same time, we will ignore telling the tale of industry giants like Microsoft, that now provide SaaS but did not start off as such an enterprise. The following three companies haven’t been around before dial-up internet was a frontier for homeowners, but became some of the industry’s biggest players within a handful of years. Let’s check out some success stories of high-performing SaaS companies:

First on our list is the customer relationship management (CRM) SaaS titan Salesforce. In many ways Salesforce is the grandfather of cloud CRM, having first opened its doors in 1999 to bring SaaS to companies seeking to improve their customer experience. Before Salesforce, IT companies had to solve CRM software issues in-house, which was time consuming and costly. But, it wasn’t just the software innovation that made Salesforce one of the most consistently industry-recognized dominators. As seen below, from 2008 to 2015, Salesforce went from $1 billion in revenue to over $5 billion, and shows no signs of slowing down: 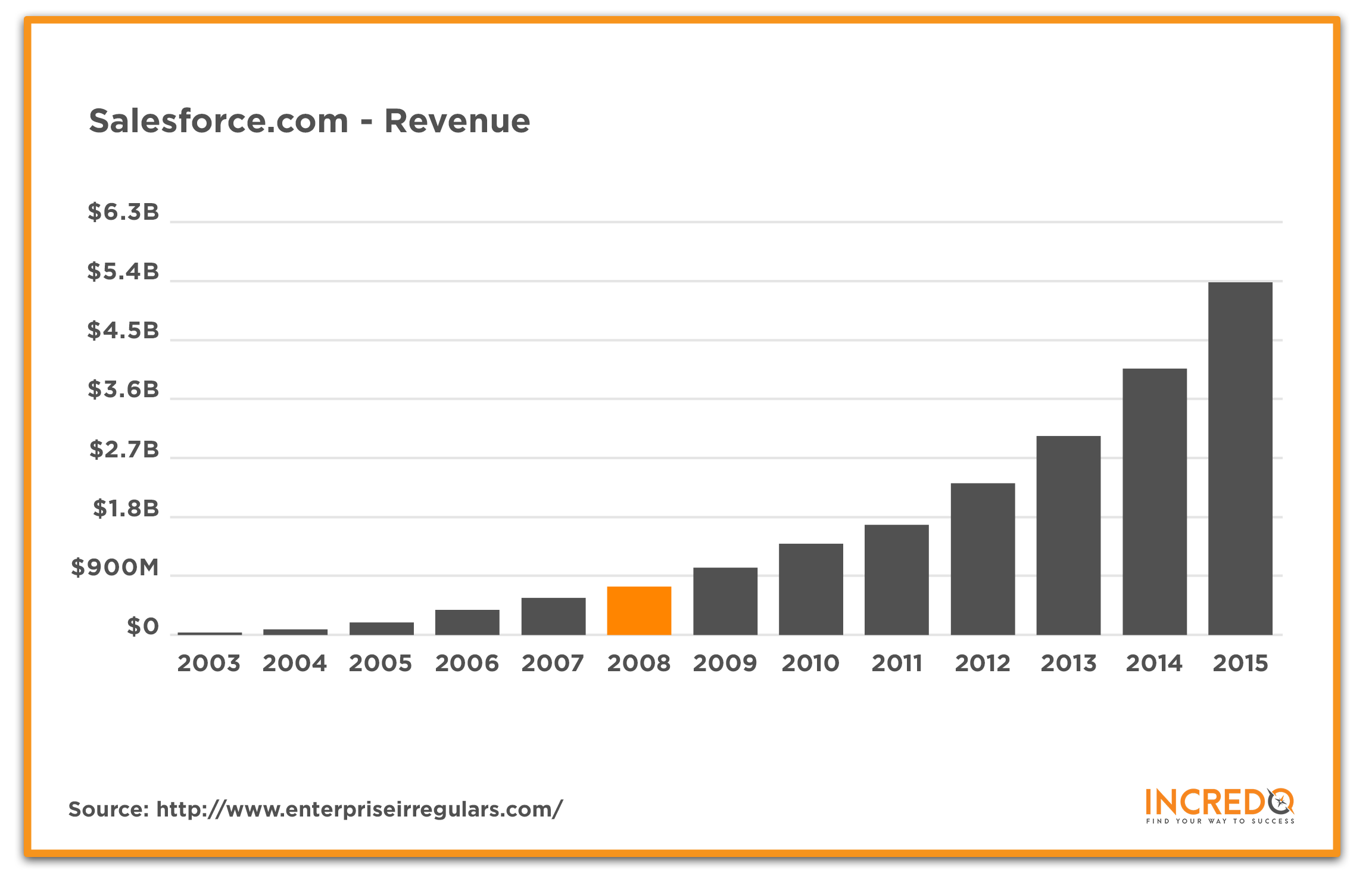 Much of Salesforce’s success is the result of the company’s branding. Salesforce especially prides itself on the company’s transparency, philanthropic activities, and proactive efforts to increase company diversity and equality. The company essentially set out to appear as “San Francisco” as possible. For example, click on the About Us section of their website – within the first paragraph Salesforce gets into how they set out to be a unique company from the get go with philanthropy in mind. The “1-1-1 model” they implement donates 1% of employee time, 1% of company equity, and 1% of their SaaS to “improving communities” around the world. Salesforce branded itself as the SaaS company that cares. Of course, if they weren’t one of the most innovative companies in the industry (your own SaaS company owes much to the ground they broke with the software-as-a-service concept), Salesforce would have likely fallen flat on their faces despite their corporate philanthropy. However, customers don’t just give their business to Salesforce because of their excellent software, but also because of how human the company appears. Apply Salesforce’s branding strategy in your own way to your SaaS company. Do not just show how cool your SaaS product is, but what your company does as people.

Workday, only just over a decade old, quickly came to prominence as a dominator in the human resources (HR) technology industry. Afterall, they were among the first companies to bring HR management into the cloud. As innovative a company as they are (starting with HR, they quickly penetrated the financial services and accounting technology markets), it is not the sole reason why Workday is the SaaS HR industry leader, even beating out heavyweights like Oracle and SAP. Workday’s founders, Dave Duffield and Aneel Bhusri, rose from the ashes of PeopleSoft after it was absorbed by Oracle in 2005. Duffield, the founder of PeopleSoft, had a novel idea after Oracle laid off half of his former employees: lend them a hand. Duffield began a fund to help out staff that had quickly become redundant, a quickly gained a reputation as a boss that also had the feel of a living, breathing, compassionate human. Not exactly the most common traits we assume of a SaaS CEO, and as seen below it has profoundly paid off in Workday’s consistently booming profitability: 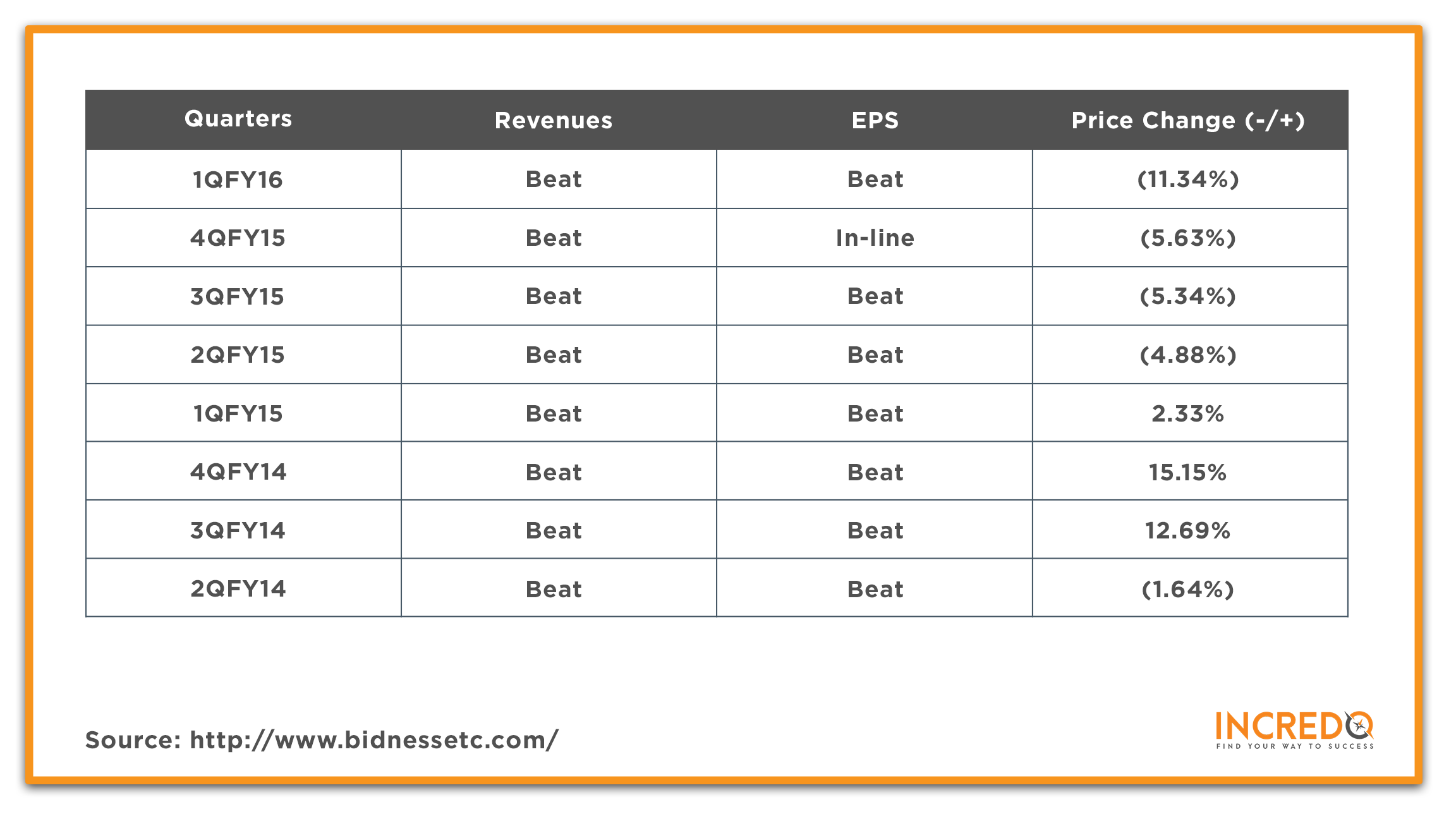 Another primary contributor for Workday’s IPO shares skyrocketing 74% on opening day is the company’s reputation for unmatchable customer satisfaction. It is one thing to have outstanding products, but even so, what are your customers above all else? People. Customers are parting with their hard earned cash, handing it over to your company in hopes of their lives becoming more valuable. Care about them! You cannot satisfy every customer, but you certainly can try… Workday’s insistence on a profound level of customer care has paid off exponentially, as their approval rating of 97% customer satisfaction is the highest in the SaaS industry. Innovation –  being the first HR technology company built from the cloud up, may be responsible for introducing Workday to the market as a savvy startup, but their reputation for customer care and dedication to their staff is what truly set them apart. There’s good reason why some of the most well known global brands are using Workday year after year. 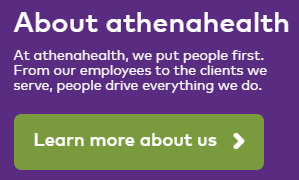 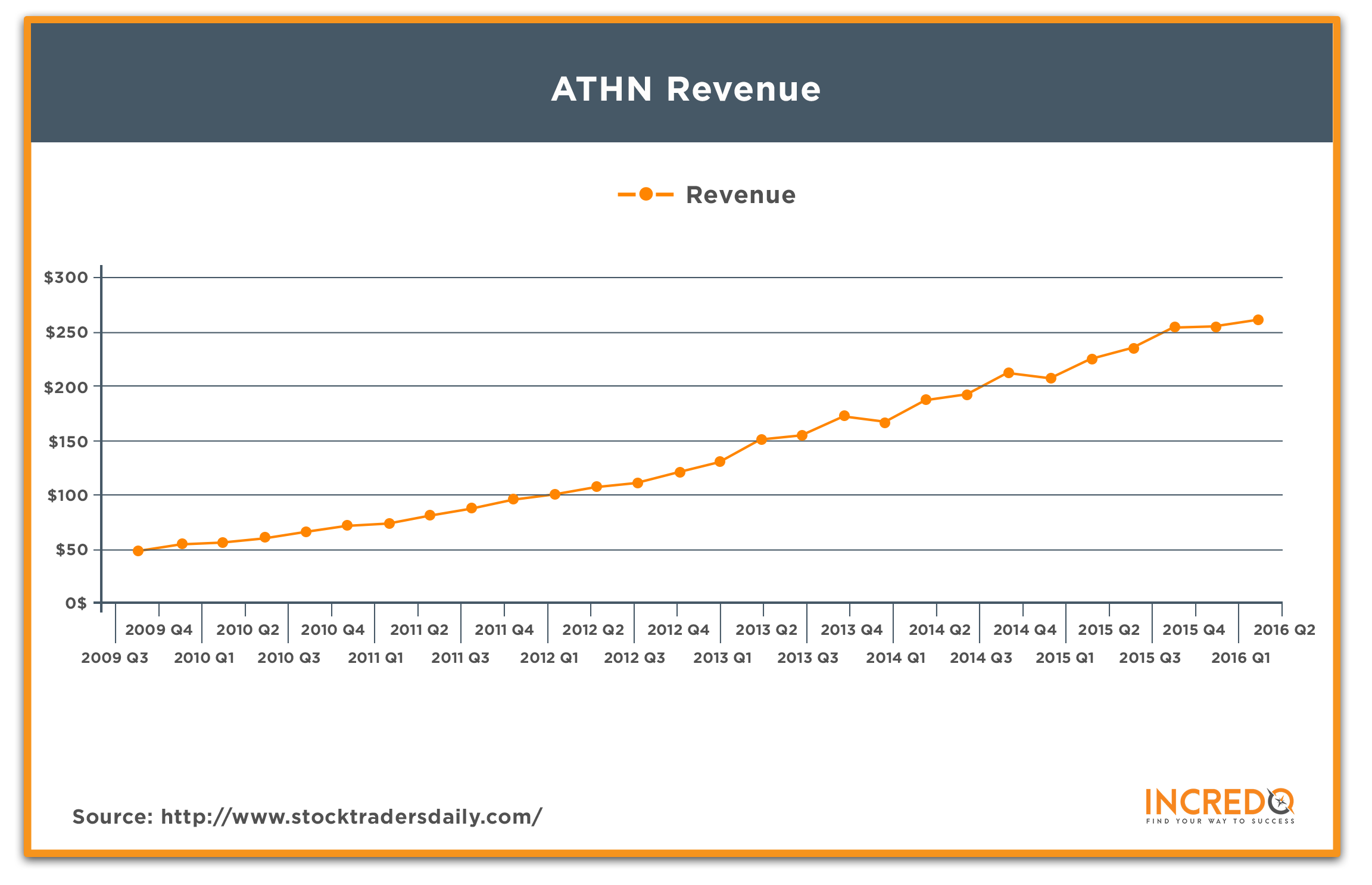 Healthcare, as an industry, is wrapped up in more red tape than any other imaginable sector. Athenahealth was actually founded in response to the co-founders experiencing their own headaches with insurance claim submissions and collecting payments. In 2000, they introduced their first cloud-based revenue cycle and medical practice management software, athenaCollector. However, the company did not just stop there, and seemingly every other year athenahealth rolls out a new SaaS solution for the industry. The healthcare industry is known for its perpetually innovative hardware and software technology, but also for its long and stressful hours, frustrating workloads, and health insurance companies looking for every excuse not to cover treatments or make payments. Basically, the industry is hardly a fun place for a human, and athenahealth understands this better than any other company. Doctors take care of other people, but who is taking care of the doctors?

Athenahealth prides  itself as “the network where doctors can be doctors.” The company takes a holistic approach to solving industry problems, with user care at the forefront of their corporate culture. Medical professionals, both private practice specialists and hospital employees, have taken notice of how athenahealth has all of the bases covered. Problems that used to plague the healthcare industry are solved before they even have a chance to become a problem. According to CEO Jonathan Bush in a CNBC interview, athenahealth will within five years become known as the “healthcare internet.” So, what was athenahealth’s strategy beyond software innovation to become such as success? Simple. They listened to the doctors. After successfully solving one aspect of how doctors were wasting time and energy, they asked doctors what else needed fixing, over and over. Athenahealth had the vision to become the Amazon of the healthcare industry, a one-stop shop for every and anything doctors could need to eliminate their headaches. By listening to their customers and focusing on how to make them more comfortable as people, athenahealth was able to achieve their reputation as a company that listens to industry professionals complain, and actually does something for them. The athenahealth success story is not industry-specific by any stretch of the imagination. They were inspired by Amazon’s legendary coverage of the retail industry, and how simple and painless the customer experience is when using the website. Athenahealth simply tailored the user experience to healthcare.

What was the moral of our story?

SaaS innovation in and of itself is good, as without being at the forefront of software development you will bite the dust, just like the vast number of SaaS startups that pack it in and close their doors within the first few years. But, to be a truly great company, an industry leader, you need to incorporate the human touch into your corporate culture. One would be wise to adopt the practices of the above three companies, to court your customers by showing that you don’t just care about their business, but also that you care about them as people. Your customers will be talking to other customers, and you want them to be singing your praises, instead of just saying “Yeah, they saved me a bit of time and money.” Connecting on a personal level with customers will have them coming back to you in droves. If you want to share any of your own admirations for how a SaaS company left the human touch on yourself, feel free to post it in the comments below. Sharing is caring!h2 How to Choose Between IT Staff Augmentation and Dedicated Development Team

How to Choose Between IT Staff Augmentation and Dedicated Development Team August 19, 2021 – Iryna Bilyk Today, we have countless ways to hire IT

6 Actionable Tips to Apply Your Keyword Research June 15, 2022 – SaaS Lead Generation You have done a lot of keyword research and you 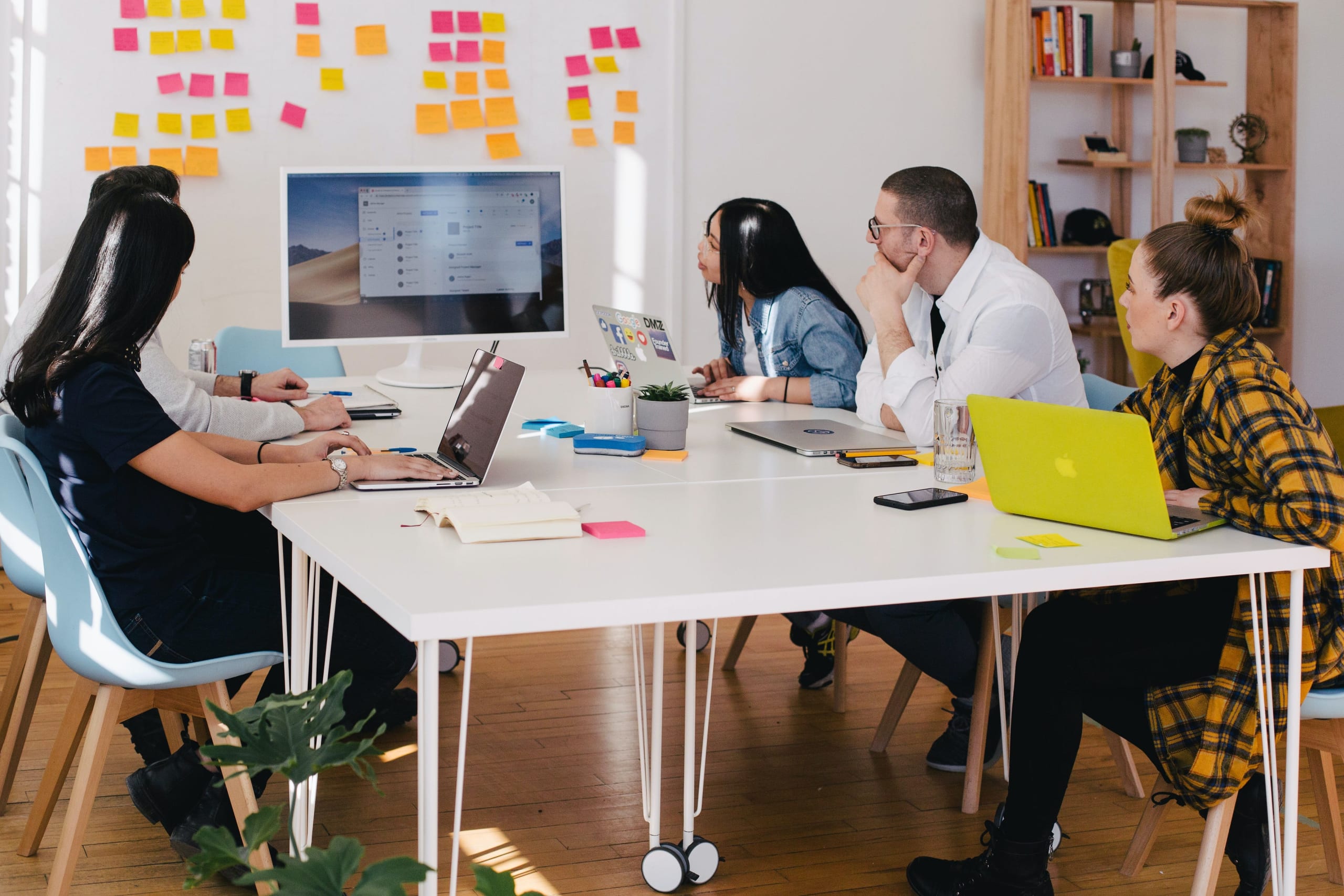 How to scale a SaaS sales team: 5 tips for scalable growth in 2022