Adapting apps and services to foreign markets is something that many businesses are sleeping on, and it is often the missing link that stops them from really flourishing. That’s not an overestimation. Around 90% of the content that companies generate is written in one language, which often prevents existing or potential clients to have a long-term and meaningful relationship with a brand.

Attracting new users isn’t really a straightforward task, attracting international customers is even harder, this is why “l10n,” otherwise known as localization is essential. Straight off the bat, you need to know that is not an easy process. It takes quite some time and investment, which, in the end, provides companies with explosive growth.

Before we dive into the topic of localization, it is imperative to differentiate it from translation, because these are two concepts that are similar to some extent but have some important inherent differences, which makes equating them to one another impossible.

Translation focuses on translating words and meanings, whereas localization is rather focused on the cultural aspect of language, besides the linguistic element. Let’s take French-speaking countries as an example.

There is a total of 29 states that use French as a primary or a secondary language, along with 11 dependent entities, where French is the official language. Of 29 countries, 21 are located in Africa. What is the chance that ordinary French citizens are culturally and linguistically identical to ordinary citizens of Djibouti, for example? They would definitely understand a piece of text, that’s their language, but would they be able to identify with it? Would they find an advertisement written in European French compelling?

Localization is a more human-centric form of translation, it cares for people more than it cares for linguistic aesthetics. It focuses on accommodating the user, not the text.

Be paranoid about space

Probably one of the most significant design-related issues about localizing your SaaS site is the amount of space your text occupies. This is going to drive your designers mad. The number of characters needed to express a particular idea varies dramatically among languages. One of the best representations of this issue is W3C’s chart that shows the number of characters it takes to express the same word in multiple languages. 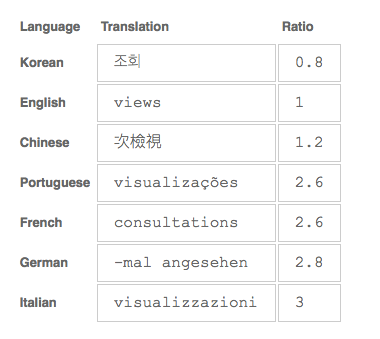 With that in mind, it certainly means that during localization, you might need to obsess with space, and even maybe make some small (or big) changes to your site’s layout in order to accurately say what you have to say.

Half stepping is not an option in this field. An improper localization may cause an adverse effect on your company’s income. Examples of poorly adapted apps and sites are all around the web, and it’s pretty common that a few linguistic discrepancies in what is otherwise known as a good app are enough for people to stop using it. Here’s a chart that shows the percentage of users that have stopped using certain apps for low-quality localization.

Tip: source language matters
The numbers show that 25% of Internet users are English speakers and close to 20% who speak Chinese as their first language. Nearly half of the internet speaks two very condensed languages. Yes, both of these languages are very space-conscious, and it generally means that when translated into other languages, the output text will often be alarmingly bigger, in comparison to the input.

Another tip: direction
When adapting your layout for other languages, be mindful of right-to-left scripts also, instead of just left-to-right. There are now many countries that use RTL (right-to-left) script, which may be great candidates for localization, like Israel, the Arab Emirates, Qatar, and many others.

Adapting your service for the user entails more than just localizing the text. Let’s say you’re running a cool service in the US and you want to tap into a few international markets. However, the billing methods that you use aren’t a thing in the markets you’re about to enter. Make the experience of subscribing to your service a pleasant and smooth one.

For instance, for a German user, using PayPal is natural, nearly a half of Germans use it regularly. The vast majority of them feel that it’s natural to see a PayPal logo along with other major credit card companies when it comes to billing. Our intention is to recreate the same experience for other users in countries that aren’t as keen on the aforementioned payment methods but use others instead, like Russia, Turkey, India, China, Japan, and the list goes on. 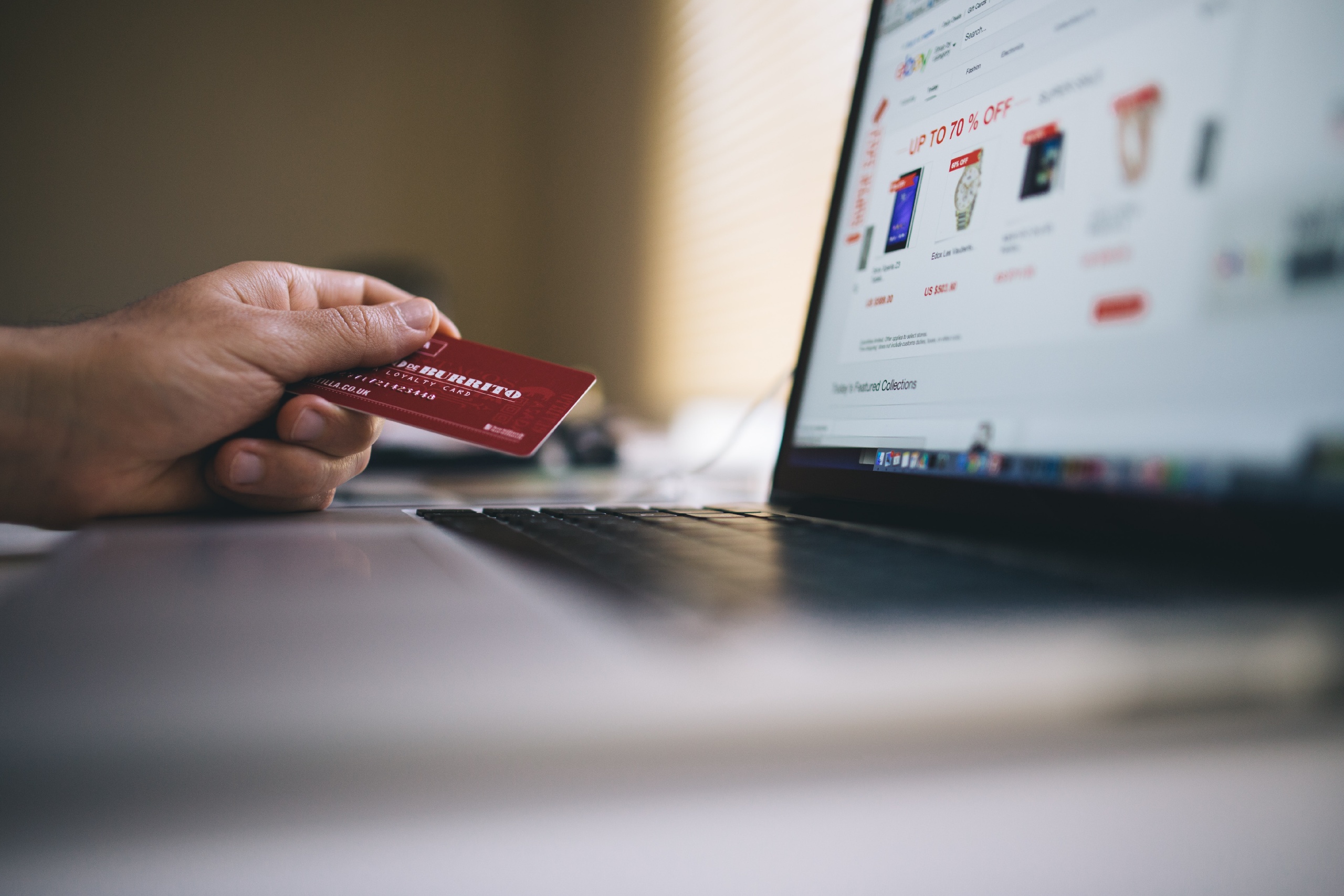 Here are a few stats that should give us an idea about how important is payment method localization:

• Have you ever heard of iDeal? Nearly a half of Dutch users use it to make online payments.
• Alipay simply dominates the Chinese market. Around 50% of users in China use this payment method.
• As much as 20% of Japanese users opt for Konbini.
• Nearly a third of Brazilians choose Boleto Bancario.

We should intend to recreate the sense of security and ease that a well-designed service gives us via UX design.

Tip: Localize your prices and currency
Don’t forget to focus on representing your prices correctly. Different parts of the world use different punctuation for numbers. To avoid confusion study the topic beforehand.

Yes, the blog section too

Many businesses attract a great deal of organic traffic through great content, posted either on their blog or other websites. Content is still king, and this trend isn’t going anywhere anytime soon. 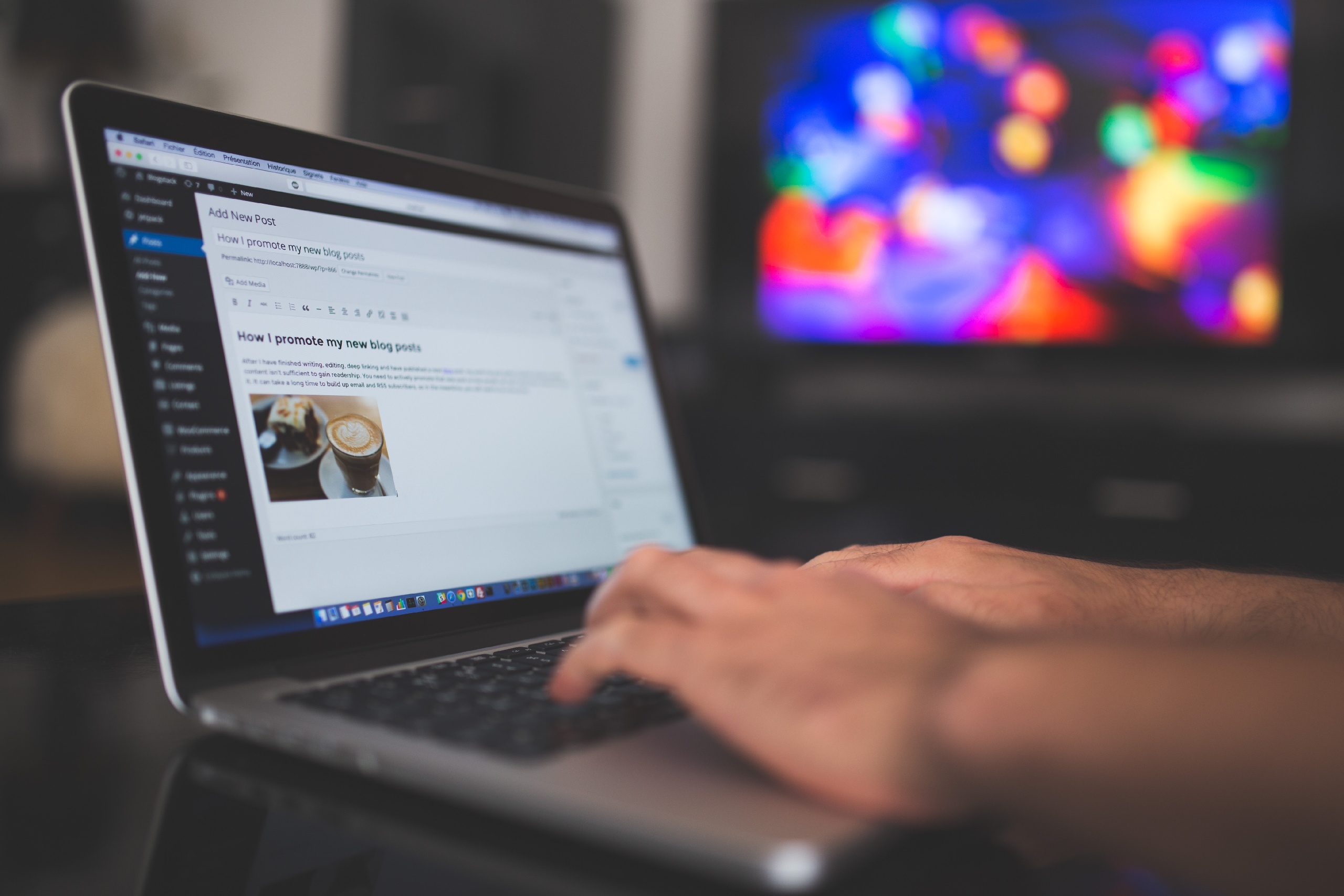 Localizing your blog section will not only provide your customers will a ton of valuable information (given that you produce valuable content, of course), it will also give you a considerable boost in regards to search engine optimization, otherwise known as SEO. You may be big in your country of origin, but large search engines have no reason to bring your site up in their rankings and search results if you’re not relevant in a particular market. Generating content in a market’s language will ensure that you become increasingly relevant in the market you’re about to enter.

There are two common types of l10n — “Deep Localization” and “MVL,” which stands for Minimum Viable Localization. The names are pretty much self-explanatory. The former is a holistic approach, it redefines your product in a different culture and language. It implies designing advertisement campaigns crafted exclusively for this market. It takes into account the peculiarities of the local media. To put it simply, you reiterate your service in a different environment.

The latter, on the other hand, is much simpler and easier to pull off. However, that doesn’t mean that it doesn’t have its benefits. MVL is significantly cheaper and considerably faster, which provides you with the necessary agility to enter markets quickly. The central principle you have to follow to execute a Minimum Viable Localization is “translate and retouch. For instance, to localize for French-speaking European countries, you need to simply translate the interface in French, then add to each localization project something that is inherently specific to that country.

There are many ways you can tackle a large-scale localization project. One thing is for sure — you need to focus on the translators. This is a team of individuals that will be responsible for designing an emotional experience that your customers will have with your service. There are different ways you can tackle building a team of translators, all in varying degrees of complexity and expensiveness. The way that will ensure the most comfort with the process, but will most certainly cost an arm is getting an in-house team of translators that will be working on permanently localizing content and linguistic elements. There are also content localization companies you can choose from to cater to your needs. Looking to outsource your project may end up being more cost-effective option of the two.

This is a logistic issue that needs to be dealt with, and it’s absolutely essential to look for a good TMS as early as possible. This type of service facilitates the collaboration between developers and translators and helps all parties better integrate code into text and vice versa.

What are the things you need to have in a good TMS? First off, it needs to let you make scalable and easily accessible project management. Secondly, it requires an intuitive and well-designed layout and interface. And lastly, it needs to be cloud-based. There are myriads of other criteria that you may consider that are relevant to your niche and your project specifically.

This is an important practical part of the process. Your reference material is the context translators need to properly understand the task and get the job done exactly as you would like it. The reference materials should also contain the glossary of terms that are specific to your service exclusively so that they have the time to find the right analogies.

Take some time to develop a style guide. You may have had one previously, which you applied to blog entries and articles, but this time it needs to be more detailed and explicit. Elaborate on the voice that the copy or the text should have in order to properly match the original text.

Survey your user base

There is no single entity that will give your clearer and more rational recommendations than your own user base. Your service is designed for them, so it is essential that you ask for feedback at every change you make. 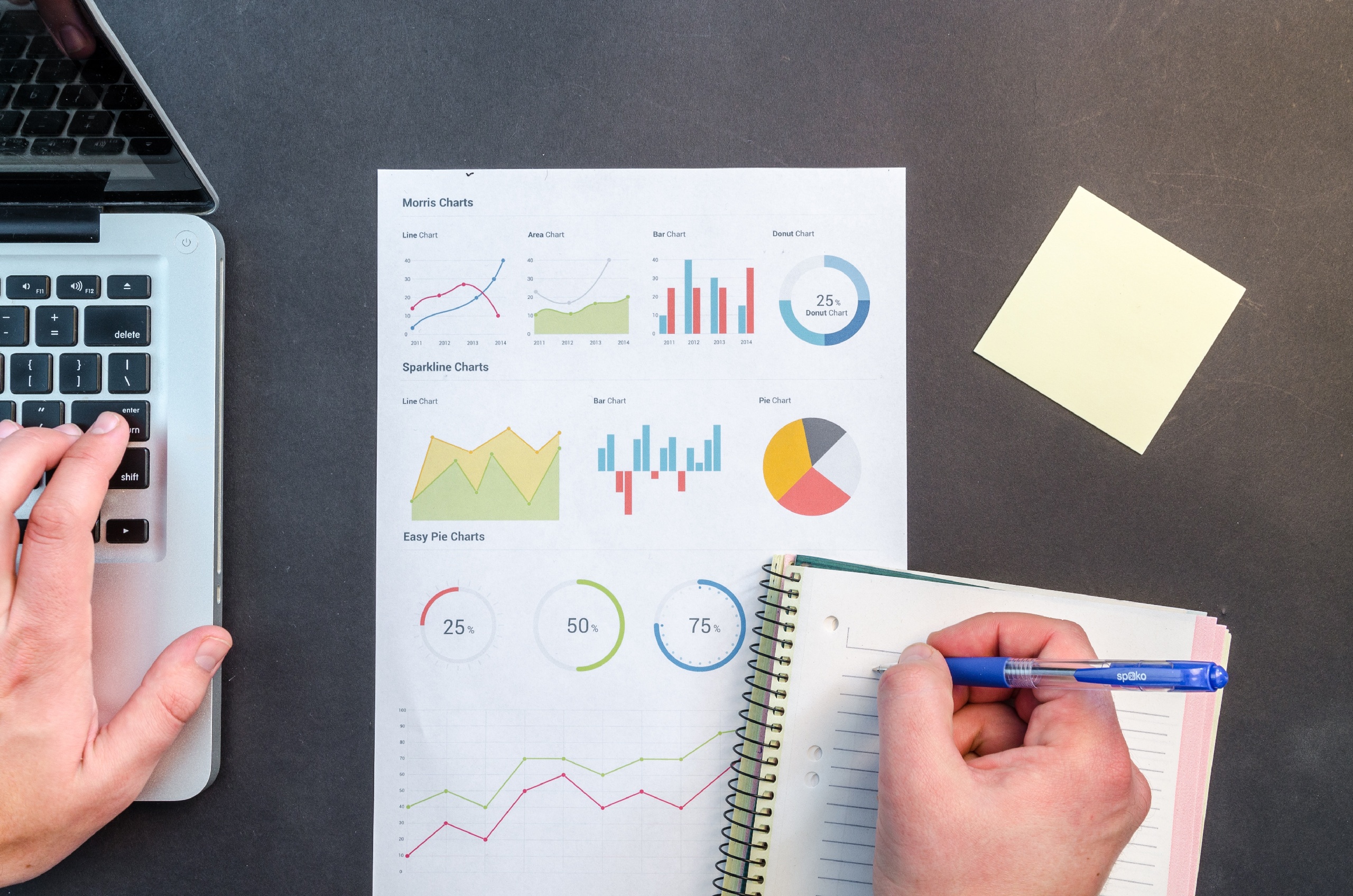 Set up a survey which will allow you to find answers to the questions you have. Similarly, don’t hesitate to set up a direct contact form, for users to reach out to you once they have suggestions or recommendations, letting them participate in the process is a key aspect of a dedicated and highly engaged community of users.

Localization is a lengthy process that takes time and dedication. If l10n isn’t approached thoroughly, it is prevalent that users will just stop using the service, since the interface seems to resemble a distorted cacophony of their culture and language.

The benefits that localization brings businesses today clearly indicate that this isn’t just a temporary fad that will soon fade away. It is one of the essential elements of a company’s expansion in foreign markets. It allows your user base to grow. 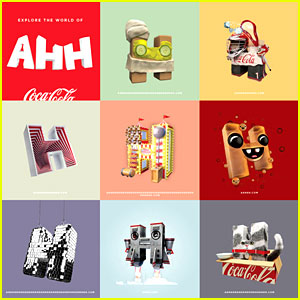 10 Successful Digital Marketing Campaigns From Coca-Cola January 10, 2014 – Artash Arakelyan   Coca Cola is one of the best and biggest brands in 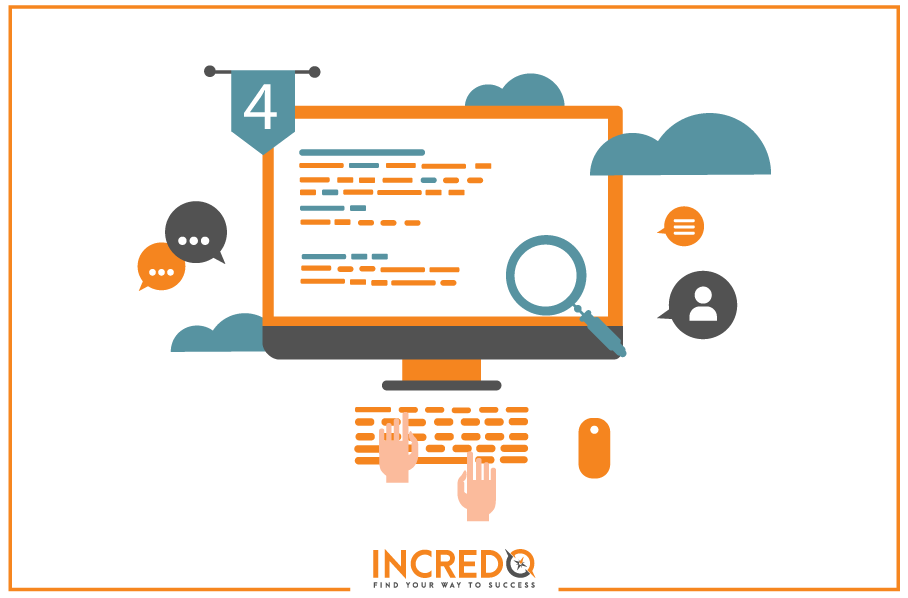